Do you kiss your mother with that mouth?

Do you kiss your mother with that mouth? 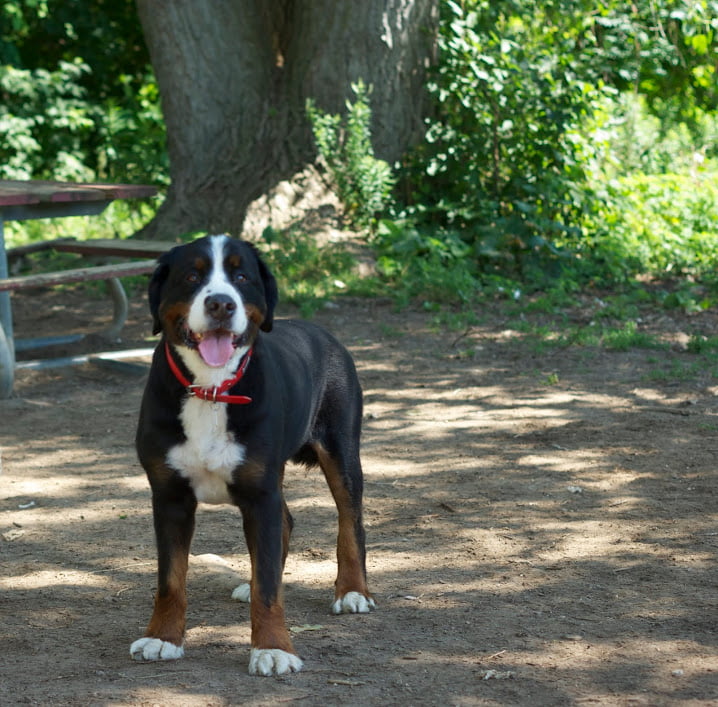 You’ve probably been there. You are happily walking your dog in the dog park or along a sidewalk and he spies something interesting and hurries over to investigate. The next thing you know, you are witnessing your beloved dog, the cuddly buddy who gives you loving wet kisses on your face, joyfully scarfing down poop. Lovely. Some dogs are such poop aficionados they will follow other dogs around waiting for a fresh supply to emerge. Some dogs will eat their own poop, the cat’s poop from the litter box, and just about any other poop they can find.

The scientific term for poop-eating is coprophagia, and while it is very common in dogs, there is a lack of scientific study into the behaviour and very little consensus as to why it occurs. There are several good theories however. Mother dogs stimulate their pups to poop by licking their butts and then consume the waste in order to keep the litter’s bed clean. While this is normal and desirable behaviour, it may lead some puppies to copy the mother’s behaviour and then keep the poop-eating habit into adulthood. Other theories suggest a poop-eating dog may have a vitamin or mineral deficiency that is driving the behaviour, or that the dog is simply not getting enough protein in his diet. Another good theory is the scavenger theory. It is well known that dogs evolved as scavengers and that this included eating the poop of lots of other species in the animal kingdom. As revolting as the idea is to us, poop can have a lot of nutritional value to a scavenging animal and it made up a large part of the dog diet for many thousands of years. It could be that, even when provided with adequate amounts of proper food, the scavenger drive is still too strong in some dogs to overcome the urge to eat found poop.

While there is no consensus as to whether or not eating poop is actually unhealthy for dogs – some say no, others say yes – it can be unhealthy for the humans they live with (remember those loving kisses?) Yuck! So if you are one of the many lucky dog owners whose dog likes to eat poop, you may want to first get your pet checked by a vet to see if there an underlying medical reason, such as a vitamin or protein deficiency. Other than that, you will have to do some work to prevent the behaviour. Prevention is the key word here. The best way to do this is to train your dog to have excellent recall and “leave it!” skills. If you don’t, there is no way to stop your dog from gobbling poop unless you get to it before he does. Also, keep your yard clean of poop. If you have a cat, make sure its litter box is inaccessible to your dog. You probably don’t leave your cat’s food bowl on the floor, so don’t leave the litter box on the floor either. Too tempting!

We’re a young and energetic couple who created our company simply because we love animals. Suburban Dog Inc. has more than 25 years of combined experience caring for our and other peoples' pets.