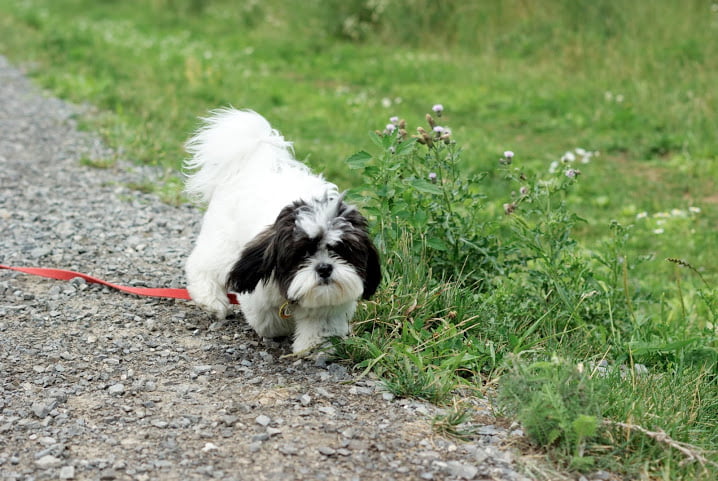 Most well-socialized dogs rarely get into dog fights. But occasionally even a docile dog can be drawn into combat. The causes of fights are varied and many, but typically one dog is guarding a resource — food, a toy, personal space, his owner, or himself — and feels threatened in some way by another dog. Thankfully, most dog fights are brief and no one gets hurt. Dogs instinctively know they are capable of inflicting serious injuries on each other and, like many animals, use a variety of ritualized behaviours to avoid actually doing so. This can include growling, snarling, teeth-baring, jaw snapping, wrestling, pinning, and biting of loose neck skin. Even though it may not look like it to human observers, most of this behaviour is usually quite benign. Some dog behaviour experts refer to this as a “dog argument” rather than a dog fight, it is loud and dramatic, but lasts only seconds and there is usually no physical damage.

There are occasions however when an argument may escalate into a full-blown fight and the dogs need to be pulled apart for their own safety. For your own safety, it is important to first look at what not to do. It may be tempting to reach in and try to pull one dog away from the other by its collar, or to grab both dog collars and pull the dogs apart that way. This is a fast way to get bitten on the hand, arm or face, even by your own dog. In their heightened emotional state, the dogs won’t register the difference between the other dog and your vulnerable human flesh. They will only know that something is attacking them from behind and will crane their heads around to bite whatever is there.

Ed Frawley, who has trained police dogs for almost thirty years and has produced a large library of dog training videos (some of which are available on YouTube), recommends the hind leg pulling method. If there are two people available, each person picks up the back legs of a dog. Raise the hind legs up high and back away from the other dog as the other person does the same. Move in an arc as you back away so that the dog has to concentrate on walking on his front legs and not on reaching around to try to bite you. If you can, block the dog’s view of the other dog. If he can’t see the other dog anymore, it will help him to calm down. Once he has calmed down, you can grab him by the collar and lower his hind legs. Make sure you leash him and remove him completely from the situation, so that he does not see the other dog and try to go back to fight.

It is more difficult and dangerous to use the hind leg pulling method if you are alone, but it is possible. Grab a leash and carefully approach one of the dogs. Loop the leash under the dog’s belly in front of its hind legs and then thread it through the loop of the leash’s handle. Pull the leash tight and pull the dog back until you find something to secure the leash. The loose dog will probably follow and the dogs will continue to fight as you do this, but you have to think of your own safety first. Once the first dog has been secured, walk around behind the loose dog and lift it up wheelbarrow style by its hind legs. Walk backwards in an arc away from the first dog. From there, continue as in the first method.