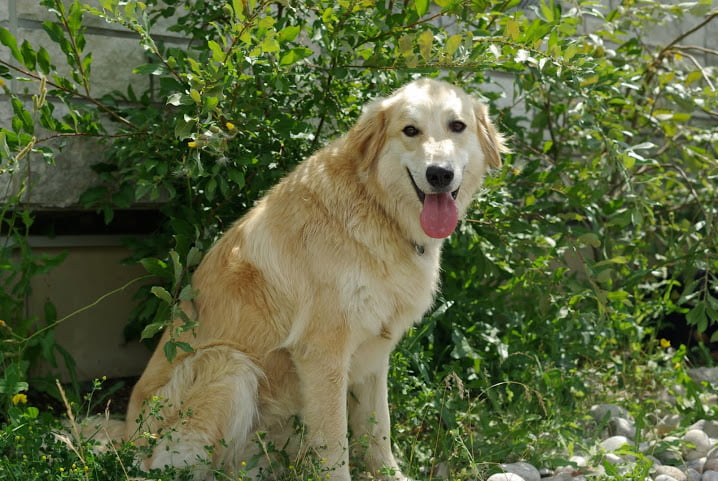 If you have spent any time in the company of two or more dogs, you will probably have witnessed the common doggie behaviour fondly known as humping. It doesn’t matter if the dog is spayed or neutered, male or female, puppy or adult, most dogs will, at some point in their lives, mount another dog. To humans, the behaviour is often embarrassing and unfathomable, something like when dogs eat poop. Why do they do it?

Since it occurs in many different situations and can be accompanied by a wide variety of other behaviours, scientists who study canine behaviour believe there are a multitude of reasons why dogs mount each other outside of a sexual context. The behaviour cannot be attributed to any one single trigger factor. Sometimes dominance, one dog asserting his or her status over another, is the cause. However, as animal behaviourist Anne Trisko has noted in her studies of canine behaviour, mounting is more often associated with play than status-reinforcement. For example a dog may mount another dog as a way of getting its attention and trying to provoke the other dog to play with it. Related to this is Trisko’s idea that mounting can also be a “bond-testing” behaviour between dogs who play together a lot. One dog will “test” the other dog’s loyalty by mounting, as though saying, “How much will you take?” Other researchers believe that in many cases, mounting is related to overstimulation, an overload of emotion such as happiness and excitement or anxiety. This is quite evident at the dog park, where doggie emotions and doggie humping abounds.

No matter the reason, humping is, according to experts like Carolyn Walsh, a scientist with the Canine Research Unit at Memorial University in Newfoundland, “perfectly normal dog behaviour” and dog owners should not get embarrassed about it. However, just as jumping up or grabbing food from a child’s hand is normal dog behaviour, humping can be troublesome and obnoxious. Many dog owners do not appreciate other dogs humping their own dog, sometimes for very good reason, such as when their dog is elderly or has a painful hip or back leg condition. With this in mind, it is important for dog owners to be able to prevent their dogs from humping others. The best way to do this is to train your dog to have excellent recall in order to call him away from mounting another dog and redirect him to a more acceptable behaviour.