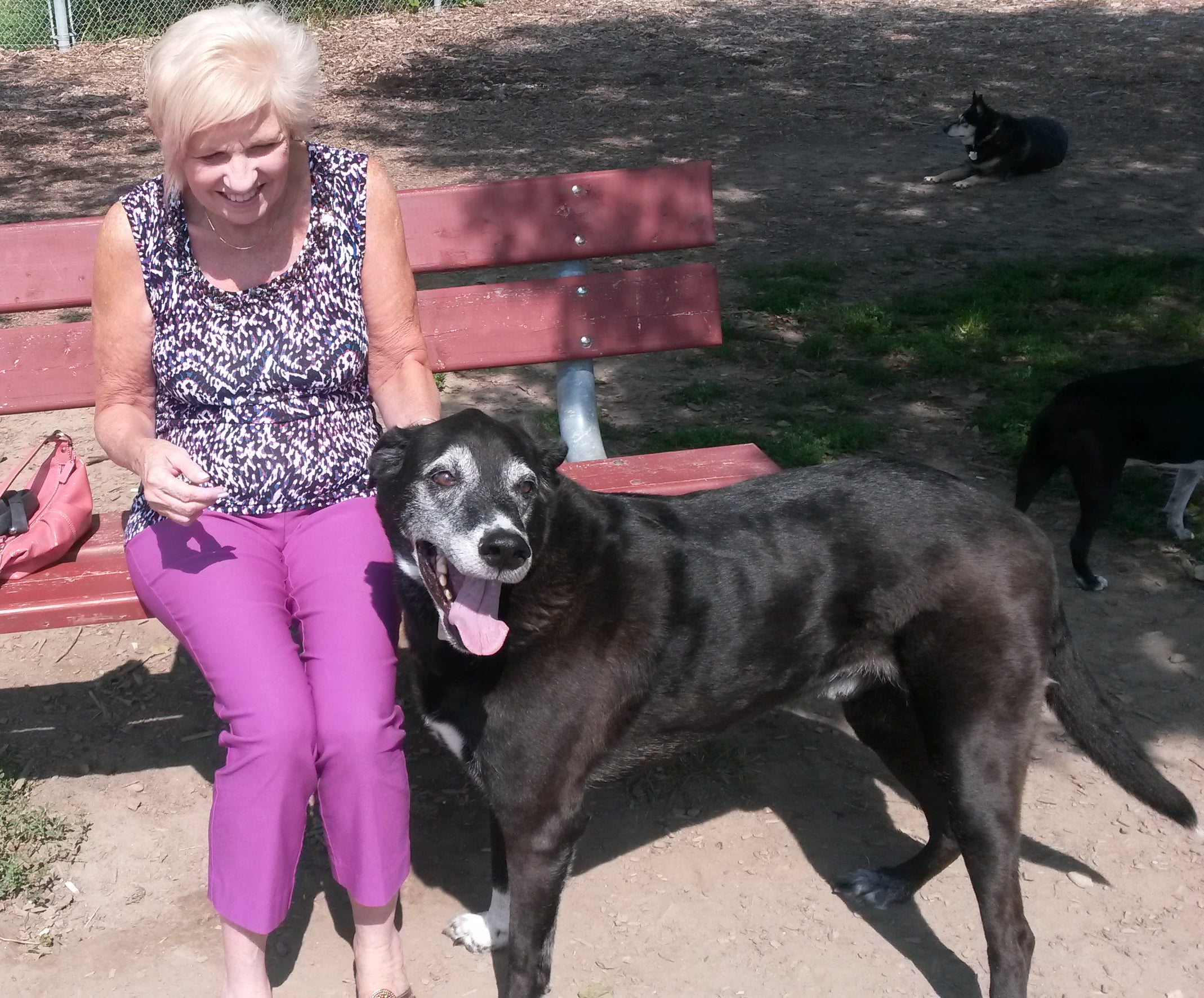 Carol Verdurmen and her husband, Robert, gave lots of thought to getting a dog. In fact, they contemplated the idea for three years! When Carol retired in 2006, they felt the time was right and visited the Oakville Humane Society. As they walked down a corridor, Robert spotted a puppy through the window of a closed kennel door. He immediately asked if the puppy was available for adoption. Happily, it was! That was all it took for Carol and Robert to choose Ty as their new family member.

Ty had been found wandering loose in the street. He had no tags or microchip and after the required number of weeks spent waiting for an owner to claim him, he was considered abandoned and put up for adoption. The Humane Society guessed that he was about one year old and possibly part Great Dane and part Greyhound. Carol just calls him “All-Canadian”.

Although Ty was abandoned, Carol believes that someone spent time training him during his first year. He already had very good manners when they got him and excelled in the puppy training class he and Carol did together.

From day one, Ty was a very affectionate and sweet dog, although at first he was quite nervous. Carol says that the only issue Ty had was that he used to bark at strange men, especially tall ones! However, his nervousness has improved greatly and he no longer does this as much as he once did. Carol credits this to the time they spend at Lakeside leash-free park in Mississauga with other friendly dogs and dog owners. She says it is Ty’s favourite thing to do. His second favourite thing to do is stretch out on the bed with his head on Robert’s pillow and sleep.

Nine years later, Carol and Robert still consider themselves extremely lucky to have spotted that pup in the window, who turned out to be such a wonderful dog. “He has been a complete and absolute joy since becoming a member of our family,” says Carol.

Ending the Tug of War