Total Recall – Teaching a Dog to Come When Called 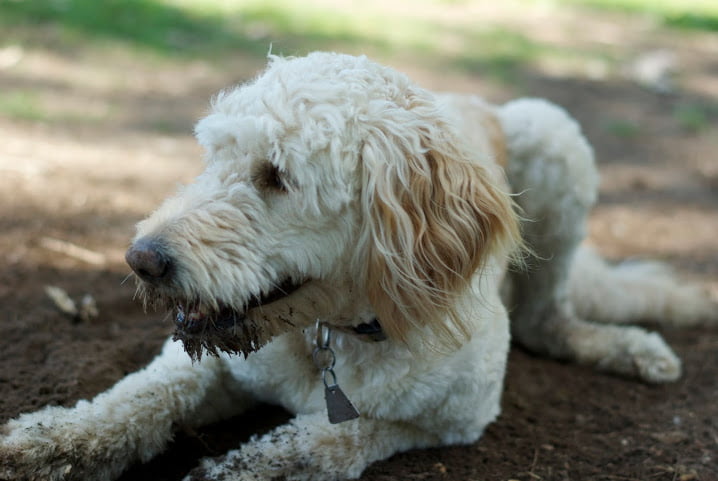 Teaching your dog to come when called, every time, might be the most important thing you ever teach him. Imagine a dog owner opens her front door to go in or out. Her dog spies a squirrel running across the street. Dog gives chase and…well, there are a few possible endings to this scenario. If the owner has trained her dog to come when called, the ending will be a happy one; if not, the ending may not be so happy. This is just one scenario in which total recall could save a dog’s life. There are countless other everyday moments in which a dog can get itself, not to mention its owner, into trouble if it does not reliably come when called. Total recall also makes life with a dog infinitely more pleasant. Just think how great it would be if your dog returned immediately to you when called, instead of chowing down on that aromatic pile of poop, or rolling in those enticing dead rodent entrails.

Despite the utter fabulousness of this one little skill, you need only spend a few minutes at a dog park to see that very few dogs have total recall. How many times have you seen an owner call and call, louder and more insistently each time until the dog saunters back…or not. According to animal behaviourist and vet, Dr. Sophia Yin, it is very easy for trainers to get the training of this skill wrong. Let’s take a look at Dr. Yin’s method and see what we should and should not be doing in order to get it right.

Dr. Yin says the key is to make yourself more interesting to your dog than whatever is distracting him, be it another dog, a squirrel, or a pile of poop. Begin with your dog on leash in a distraction-free area and give him some of those tasty tidbits you keep handy for training purposes. Already you are the most interesting thing in the vicinity! Have another treat ready and suddenly run backwards a few steps as you say “Fido, come!” in an enthusiastic tone. Your dog will think it is play time and run to catch up. As he does, reward him with the treat. Hold the treat at his nose level so that he doesn’t have to jump up to reach it. You don’t want to reward him for jumping up.

Dr. Yin stresses that it is important to say the “Come!” command only once. This is where many trainers make their first big mistake. As humans, we have an almost irresistible urge to repeat the command over and over, getting louder and more frustrated each time. If you want your dog to obey the first time you call, this repetition isn’t going to cut it.

Once your dog is coming promptly each time you practise, add a sit into the equation. When your dog reaches you, use the treat to guide your dog’s nose up, automatically making his back end lower, until he is sitting. You do not need to say “sit”, or anything for that matter. Practise this until your dog is running to you and immediately sitting.

Okay, we’re off to a good start! “What? We’re not done yet?” Nope. In the next post, we will up the ante and add distractions to put your dog to the test. Remember, total recall takes work, but it is absolutely worth it.