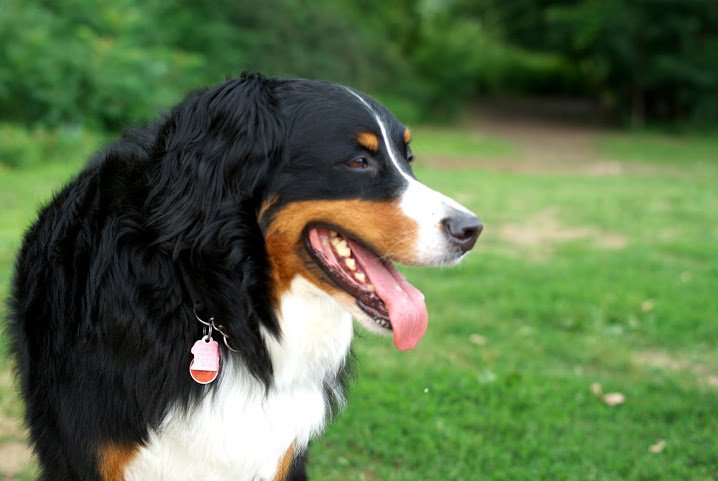 Many dog owners find that their dogs are pretty good at coming when called when they are at home, but when they get out to the dog park, their dogs suddenly become deaf to their calls. This is because at home, you are usually the most interesting thing in the immediate area – at least until you open the door and a cat runs by. When something else peaks your dog’s interest, you immediately experience your dog’s true recall ability; or rather, your ability to be more interesting to your dog than anything else. In this second part of training total recall using Dr. Yin’s method, you will train your dog to come when called even when there are tantalizing distractions around.

Keep your dog on the leash. Have your treats ready. Now practise the same “Come!” command as in part one, but this time turn and run, making a chasing game out of it. After you’ve run a few metres or so, stop and turn to face him. Once he has settled into the sitting position, give him his treat. During the running part, you can add in some whoops and arm movements to make things even more interesting. This should be very enticing to your dog. It is a fun game and he gets a reward for playing! What could be better?

Once your dog is proficient at the chase game, add some minor distractions nearby. You could use small toys or even treats. Toss the toy or treat nearby, but out of reach of your dog. Begin moving toward the distraction but then suddenly move the other way, launching into the chase game once again. Cheer and praise and give the treat so he knows this is more fun than whatever that was over on the floor. If he is not sitting, or looking back at the distraction, or straining at the leash to get back to it, keep moving in quickly and spontaneously other direction, so that he remembers he wants to play that fun chasing game. Once his focus is back on you and he is seated in front, do the whole cheering, praising and treating routine. Be careful that you do not keep repeating “Fido, Come!” ad nauseum during this routine. If you do, your dog may learn that he only has to come to you after you have yelled the command fifty times; or, even worse, your dog will learn that your voice is simply white noise blabbering in the background like those teachers in the Charlie Brown cartoons. When you say a word to your dog, you want that word to trigger him into a specific action.

As your dog becomes more reliable, add in more difficult distractions. For example, if you can recruit family members or friends to help, have them do something that could be very interesting to your dog, such as jumping up and down or dancing around. If you can get your dog to immediately run to you while such a spectacle is occurring, you are doing very well indeed.

As you go about your daily routine with your dog, test out the chase game in various situations, such as when you are going for a walk, or even just in the house, for practise. This will teach your dog that he’d better keep his focus on you because at any moment you may start a fun and rewarding game that he doesn’t want to miss.