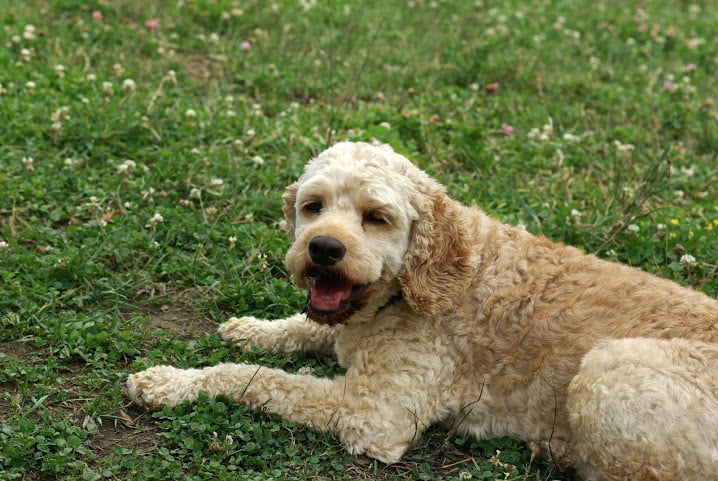 Lead with force or lead with finesse?

A generation ago, it was acceptable for parents and teachers to discipline children with corporal punishment. The theory was that if you didn’t correct bad behaviour with physical pain, a child would not learn proper behaviour, hence the saying “Spare the rod, spoil the child”. We now understand that using aggression stops the inappropriate behaviour in the short term, but does not teach appropriate behaviour, and worse, leads to emotional and behavioural problems, such as fear, anxiety, low-self esteem, and even aggression. We now know that rewarding desirable behaviour and not rewarding undesirable behaviour is a gentler, more effective method of teaching children how to behave. There is currently a similar change occurring in the world of dog training.

The methods of dog training fall into two main categories: the dominance method and the positive reinforcement method: The dominance method adheres to the idea that the dog owner must physically dominate the dog, and the dog must submit to the owner, much as wolves submit to an alpha leader in the wild. Undesired behaviour is punished with the infliction of pain or discomfort; or it is suppressed with the use of physical force. An example of this method would be using a choke collar to cut off a dog’s air supply if it strains against its leash.

The positive reinforcement involves shaping a dog’s behaviour by rewarding desired behaviour and not rewarding undesired behaviour. The reward can be a small treat, a toy, or praise. There is no shouting or yelling; no use of devices to inflict pain or discomfort. Once the dog has learned the behaviour and consistently performs it when asked, the reward can be reduced and eventually the dog will perform without the reward.

The dominance method has recently fallen out of favour with many animal behaviour scientists for several reasons.

The dominance theory holds that physical aggression is used by wolves in the wild to achieve leader status so it should work for the human-dog relationship. However, the theory is not so easily translated into practise. A dog owner does not have the wolf’s sophisticated array of stances, looks, postures, and sounds which it can use to warn a lower ranking wolf that it is behaving inappropriately, before resorting to physical aggression. Furthermore, wolf biologists now believe that wolves in the wild do not fight their way to the top of a pack; rather, the hierarchy is actually created much less violently through family units. A female and male wolf and their cubs generally form a pack with mother and father wolf as leaders and cubs their followers.

Another argument against this method is that using force or pain might stop the unwanted behaviour in the short term, but it does not guarantee that the behaviour won’t happen again; in fact, it could create worse behaviour in the long-run. For example, forcing a fearful dog to undergo a nail trim by restraining it will allow you to trim the dog’s nails, but it will likely make the dog’s behaviour more extreme and unpredictable the next time the nail trimmers come out. Many animal behaviourists now prefer the positive reinforcement method of training. In fact, in light of what wolf biologists now know, it may actually correspond more readily to how wolves behave in the wild than the traditional dominance method.

Of the two different methods, veterinarian and animal behaviourist Dr. Sophia Yin says: “You can lead by force, like dictator Muammar Gaddafi, or you can lead with finesse, like Mahatma Gandhi.”

What kind of leader would you rather be?